The Roar For Life Eco Festival was attended by 1,000 people over the weekend of 30-31 July in conjunction with the Global Tiger Day celebration. 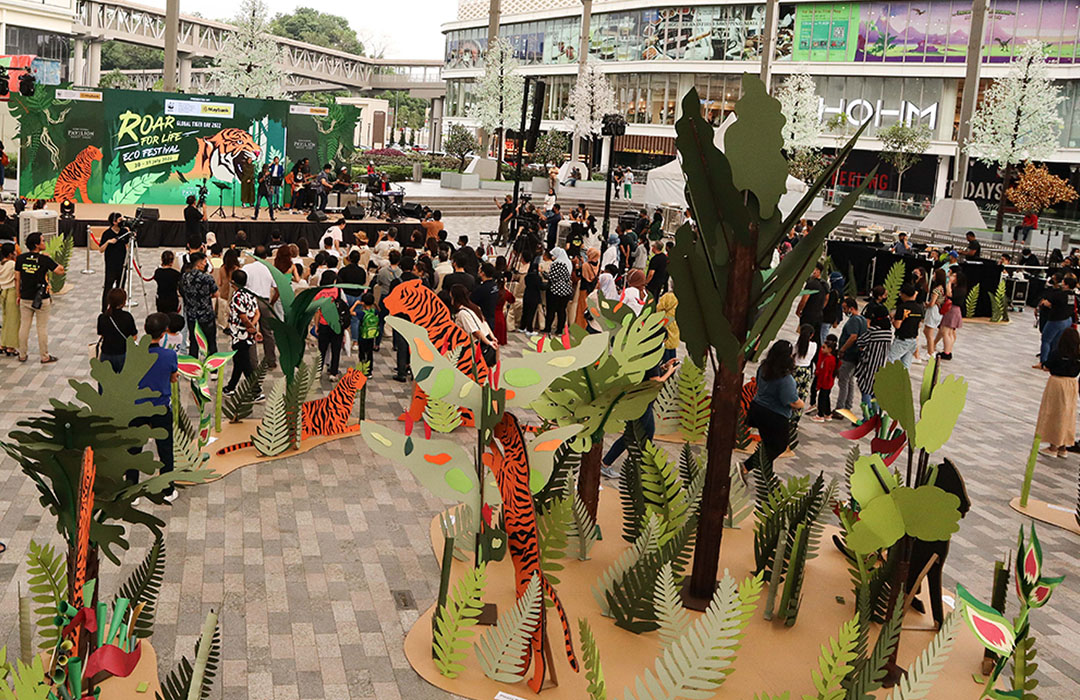 With fewer than 150 remaining Malayan tigers in the wild, our national icons are struggling to survive against the constant threat of poaching and habitat loss. Without active intervention, we could stand to lose the species to extinction in the next two years.

In a joint effort between Maybank and World Wide Fund for Nature (WWF-Malaysia), the Roar For Life Eco Festival was held to continue building public awareness and provide ongoing education on the different issues surrounding tiger conservation. The family-friendly, two-day event which took place at the Piazza, Pavilion Bukit Jalil on 30-31 July 2022, featured numerous sale booths, exciting games and education exhibitions for the public to enjoy.

The venue itself was transformed into a paper forest full of tigers, adding to the visual and sensory experience. Attendees were able to channel their inner conservationists as they walked through the forest exploring how the conservation of tigers indirectly affects the well-being of the ecosystem including us, humans. The man-made foliage, made from Forest Stewardship Council (FSC) certified paper, fanned out across the Piazza proving that education can be sustainable and aesthetically pleasing.

Attendees also had the opportunity to be among the first to watch WWF-Malaysia’s ‘Securing a Safe Haven for the Malayan Tiger’ documentary that details the collective efforts undertaken by major organisations to protect the Malayan tiger from extinction in the Belum-Temengor Forest Complex. The funds provided by Maybank have helped to carry out critical conservation efforts in the forest namely by increasing the number of anti-poaching patrols, stepping up monitoring and engaging local communities.

“As a responsible corporate organisation, we are in a key position to continuously play a role towards biodiversity conservation,” said Tan Sri Dato’ Sri Zamzamzairani Mohd Isa, Chairman of Maybank Group and Maybank Foundation. “Therefore, we are able to move capital and investments into activities that are centred on protecting planet Earth and its inhabitants”. The segment provided a sobering perspective on an afternoon where artists delivered performances that ranged from the relaxed to the upbeat.

Armed with her signature ukulele, Singer-songwriter Zee Avi sang some of her well-known tunes such as “Kantoi”, “Bitter Heart” and “Who Are You”, while Blues Gang resurrected a few of the group’s hit songs like “Apo Nak Di Kato”, “Mak Siti”, and “Khatulistiwa” to the delight of the crowd. The festival was broadcast simultaneously via Maybank’s and WWF-Malaysia’s Facebook pages which gave people the opportunity to tune in from the comfort of their homes. 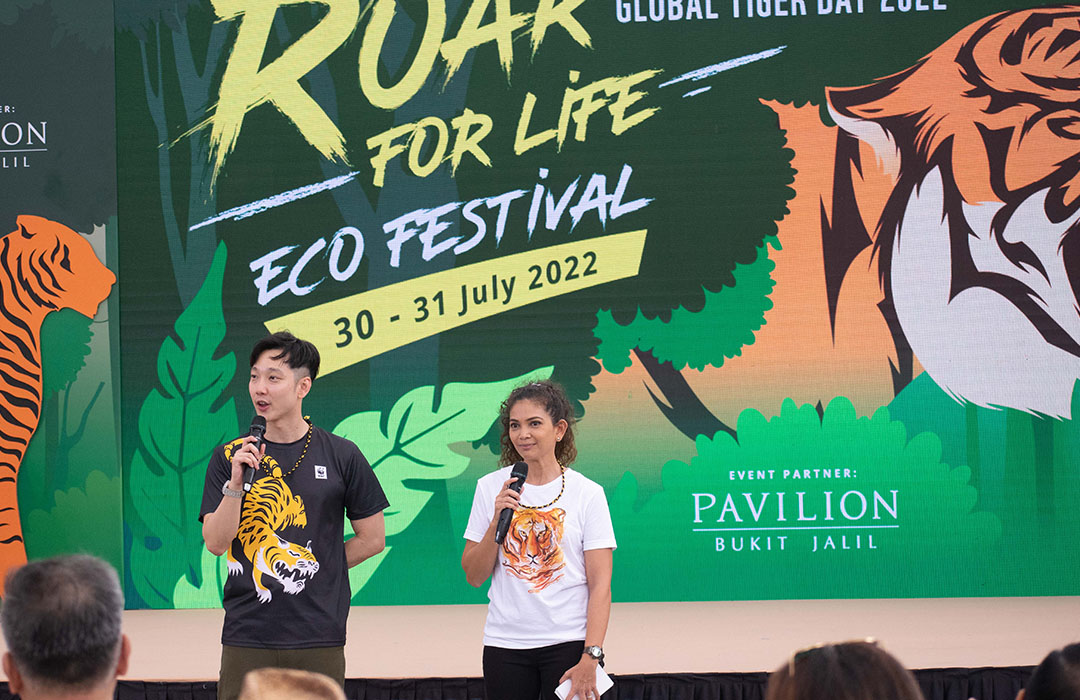 In the past, Maybank had organised several major events in conjunction with Global Tiger Day starting with the first themed fun run of its kind titled ‘ROAR FOR LIFE – Malayan Tiger Run’ in 2019, which saw participation from more than 4,000 runners and other key stakeholders. Undeterred by the global pandemic, Maybank turned to virtual events like the “Roar For Life” concert where notable local musicians performed their greatest hits to a football-inspired ‘Score For Tigers’ challenge in 2021 that garnered 9.6 million views on TikTok. 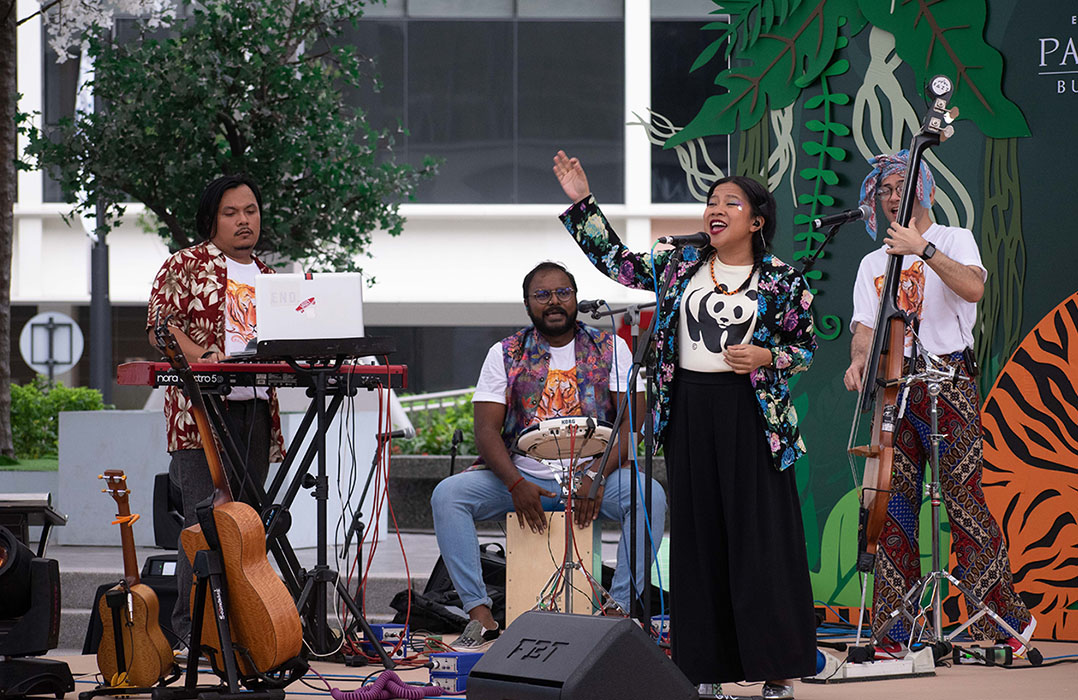 We thank all those who came to support the Roar For Life Eco Festival. Your dedication to tiger conservation efforts proves that our “Pak Belang” still has a fighting chance when we are united in our common goal to protect the endangered species.